MVV (Munich public transport company) changes their pricing structure on 15.12.2019. The old (current) system can be at times extremely confusing (e.g. mixing up rings and zones when buying weekly tickets). Let’s see what has changed in the new system (mostly focusing on the inner city).

One should be careful with their existing tickets during the transition:

The zone layout has been changed dramatically.

The new layout is available here. It is convenient to compare it with the old S-Bahn layout. If you feel really extreme, you could try comparing it with the old entire network scheme: 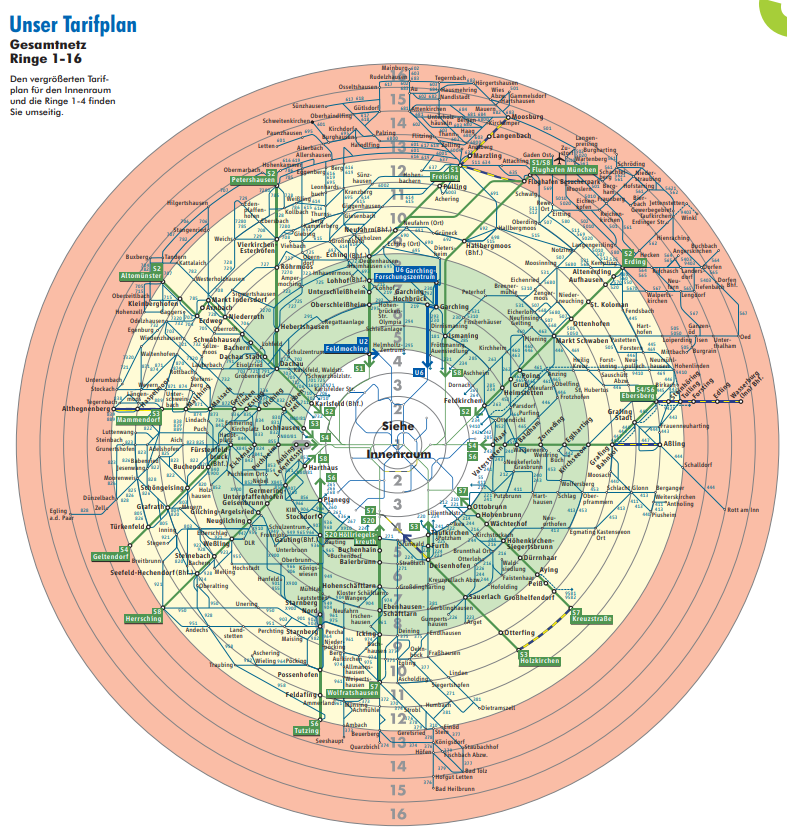 Fig: old entire network scheme screaming “You shall not pass!”.

Now there is one mega zone called M (for Munich), which covers the inner parts of the city. In addition to M, there are 6 other zones named simply with numbers from 1 to 6.

Previously there was definitely a mess with different kinds of areas. There were rings (1-16), zones (white, green, yellow and red) and areas (inner district, Munich XXL, outer area). Thus, having {M, 1, …, 6} is definitely much simpler than what we had before.

In terms of the mapping, the old inner district (Innenraum, i.e. old rings 1-4) is a subset of the new M zone. In other words M zone does not only fully cover Innerraum, but also includes some additional stops. For example, some of the stops now are both in M and 1, while before they were either not in Innenraum at all (e.g. Deisenhofen) or fully inside Innenraum (e.g. Neuperlach Süd, Neubiberg). This is definitely good, since people traveling to such stops won’t have to cross a zone border, which makes their tickets cheaper.

It is also peculiar that now often 3-5 stops on the zone border belong to both zones (previously mostly 1-2). This is also very good for customers based on the same reason as above - it is cheaper to travel to such stops from both zones. 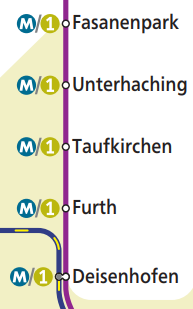 Fig: 5 stops belonging both to M and 1. Woohoo!

Pricing has changed as well. Surprise-surprise!

The new official pdf is here. The old pricing can be deduced from the entire network poster.

The daily ticket prices grow as well. Before one would pay 6.7€ for single daily ticket for Innenraum and 12.8€ for group..
The new prices are 7.8€ and 14.8€ respectively.

For longer trips, the prices (assuming using Streifenkarte) also mostly go down or stay the same. E.g. a pdf with background details of the reform (page 11) has a peculiar sample S-Bahn trip prices scheme:

Fig: the prices are now smoother!

We can see that the pricing curve gets smoother across zones. In some cases, now one has to pay less than they would before due to more granular zone structure (7 new ones vs ~3 old ones). In other words, they get to pay more proportional to what they use. E.g. before Hbf - Dachau used to cost 5.6€ and not it is 4.2€ (assuming Streifenkarte).

The occasional “1-2 trips per day, but very rarely” travelers will observe no changes in their spendings (assuming they use Streifenkarte). People who travel a lot, but only occasionally, i.e. “3+ trips per day, but rarely” will start paying more due to increased daily ticket prices. People who travel frequently and a lot (i.e. weekly and monthly ticket users) will benefit from lower prices and pay less (or travel further for the same money).

Overall, I definitely like the simplicity of the new approach. Previously it was very easy to mix up rings with areas (i.e. buy 1-2 Ring weekly ticket and assume that it works for Innenraum).

The new system incentivizes people much more to use Streifenkarte. It also makes weekly and monthly tickets more lucrative. It is a bit unfortunate that visitors will often have to pay more. It often makes no sense for them to buy an entire Streifenkarte or they may not even know that it costs less.