Recently I needed to send a parcel and I decided to use DHL and pay online. Unfortunately the form always showed me an obscure error. I tried to debug it. In the end I managed to find out the precise cause of the error and it happened to be related to UTF-8 encoding and Skype.

I already tried to pay online for sending through DHL long time ago and didn’t manage due to precisely the same error. Still this time I was eager to try again, because it was more convenient than filling everything in a hurry in a store (and 1 Euro cheaper, of course).

Everything starts from DHL online franking form. The form itself looks pretty usual - sender, recipient, customs. I filled everything in. This took quite some time (customs part is the most unpleasant). And then the final part of the form comes - what to do with the package if delivery fails? Destroy or return to the sender? I felt like receiving my stuff back, so please return to the sender. And that’s where the story starts.

The “delivery failed” part of the form shows an error and clearly asks for a valid telephone number. Hm, probably they would like to call me when returning the parcel, seems reasonable, but they did not even ask for my phone above (there is no such field). Moreover the recipient phone number looks ok to me (I’ve checked international phone number format). I was confused.

One obvious workaround is to let them destroy the parcel (presumably they don’t need my phone for that), but the error does not go away. Even if you fill in the form from scratch (yes, I did this), you just get exactly the same error when choosing to destroy the package.

Last time I had exactly the same issue and I just concluded that the form is buggy. I needed to send the parcel soon, so I went the old way - to a shop and that was it. However, this time I was curious to understand what was wrong.

My original hypothesis was that they indeed wanted my phone number, but the form was buggy and the field was not shown. Since the form just sends a POST request, I could modify the request and resend it manually without the form. Indeed the form posts to https://www.dhl.de/int-versenden/gw/rest/api/ShipmentEditor and the sender part has an empty phone field. So I copied the request as cURL command, modified the phone number and got precisely the same error back.

However, the error in raw json response had property field and the value was address.receiver. So they did not like the recipient phone, just the error message was positioned very poorly (hey, DHL, I hope you are reading this).

I checked international phone number format again just in case. Everything seemed correct. I tried using my own phone number exactly in the same format and it worked.

Their validation does not know area code

They had another phone with a different code and it worked too. This felt weird, but I still needed to send the parcel. Theoretically I could just use their customer support number as the recipient telephone number and provide a proper one in “additional address details” field, but this felt risky. Fortunately, I decided to play a bit more and modified the area code in their number to match the one I needed. It still worked. Then I modified the remainder of the number to fully match my original number and it actually worked. But why?

Something is wrong with my original recipient number string

Now I had two phone numbers looking exactly the same, but one caused an error and another one worked. Here I remembered that I copied the first number from Skype (to avoid making any typos), the second one I copied from DHL website and then edited it in the form itself.

I saved both strings into separate txt files and looked at their byte representations (whitespaces are mine for convenience):

As you can see from Skype we get the phone number with e280aa and e280ac. Since I used web.skype.com for this, I looked at the code

and there were these characters, just encoded differently.

Ok, so now I knew what was causing the issue and could bypass it and send my parcel. Did I just do that? Obviously not. I was curious why these characters were in Skype in the first place.

Just looking at the UI did not help: 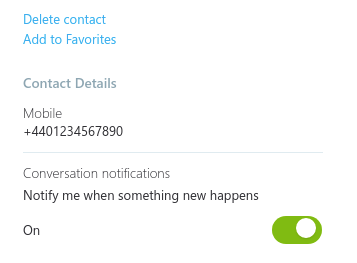 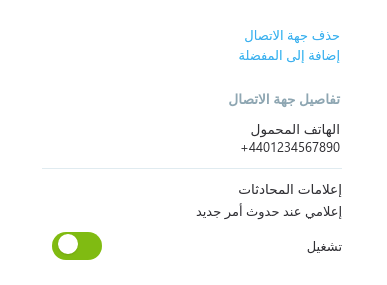 Wow, so everything is mirrored, but not the phone number. Now let’s remove these characters 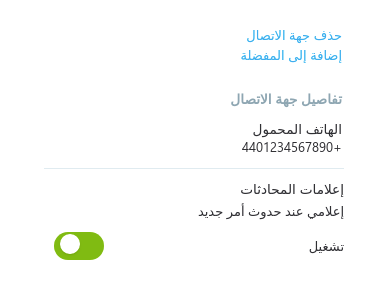 + just jumps behind the number (i.e. gets written from right-to-left due to the language). This now seems reasonable. The Arabic numerals are written and read from left-to-right (i.e. like in English) even in right-to-left languages, so the phone number itself is just a number and should not change. However, the unary plus + could move and these 2 UTF characters just do the following:

Then I just sent the parcel and indeed the experience was much better when prepaying online (+1 Euro cheaper as well).