Financial Independence / Early Retirement is about reaching a state, in which you get enough passive income to live. Let’s say you get \(Y\) EUR each month. The overall money you get over time is \( M = Y * t \), where \(t\) is time. This resembles a physics equation for movement with constant speed (i.e. no acceleration). Let’s explore this similarity and try to add acceleration to FIRE and get FIRE\(^2\) (FIRE squared, I just made this name up).

In physics the object moves by \(V\) for each unit of time. In FIRE one gets \(Y\) EUR each month (i.e. unit of time). Basically, if we denote cumulative number of money obtained through FIRE as \(C\), the equation is similar to the equation above:

Thus, let’s try to build our own equation then:

As we can see the equation is

Now I am curious to see how much money one needs to build such FIRE with acceleration (FIRE\(^2\)). In other words, what kind of safe withdrawal rate one needs for this (could be denotes as SWR\(^2\)).

However, we know that \( Y = a t \). We can plug income from the above as \( Y \) here and see the acceleration (for simplicity we switch units to years here):

We can visualize this well with a plot. Let’s draw \( Y \) for both cases (linear and compounding): 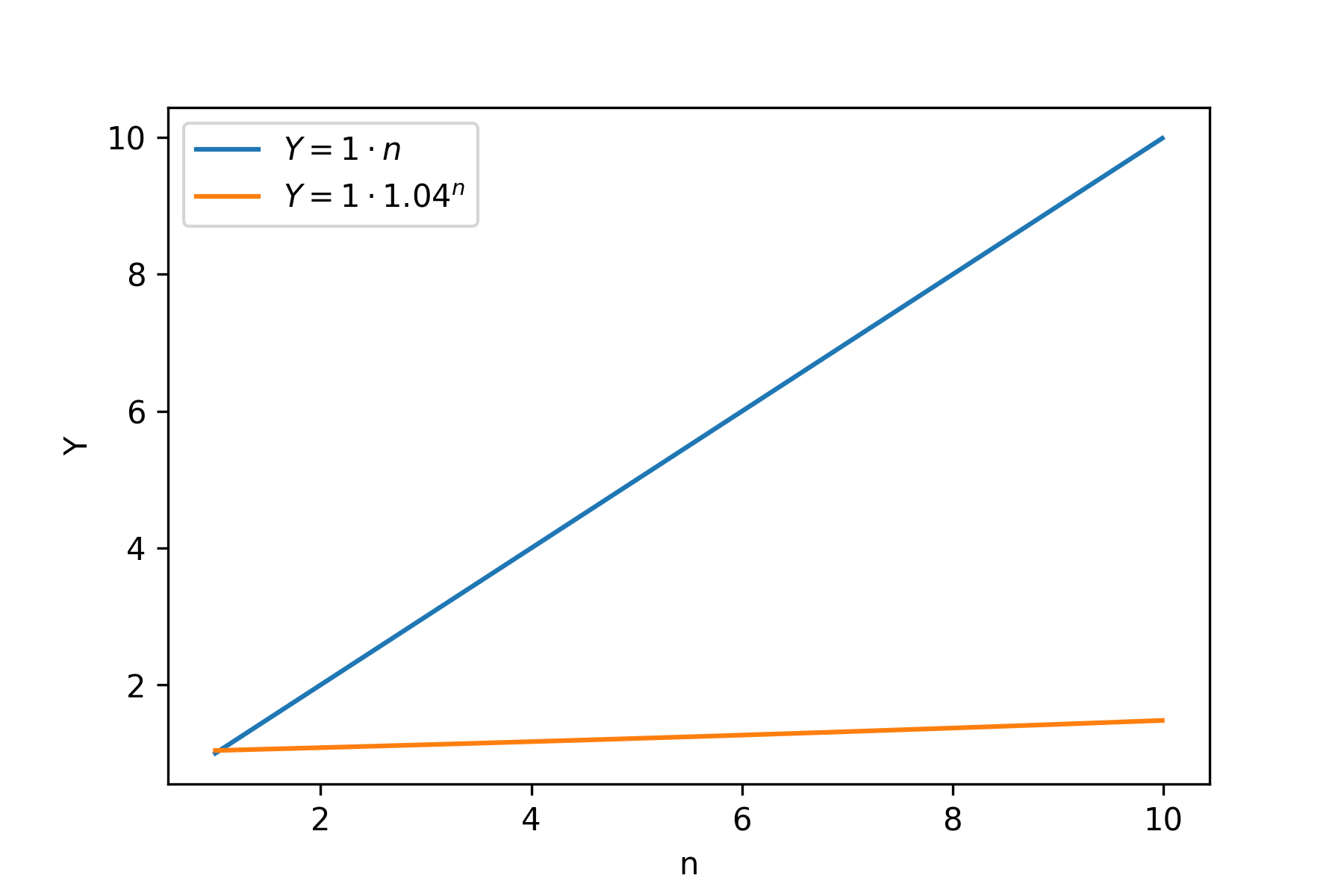 As we can see, linear is doing much better job at first. There is not much money to work in the compounding case yet. However, if we look further right: 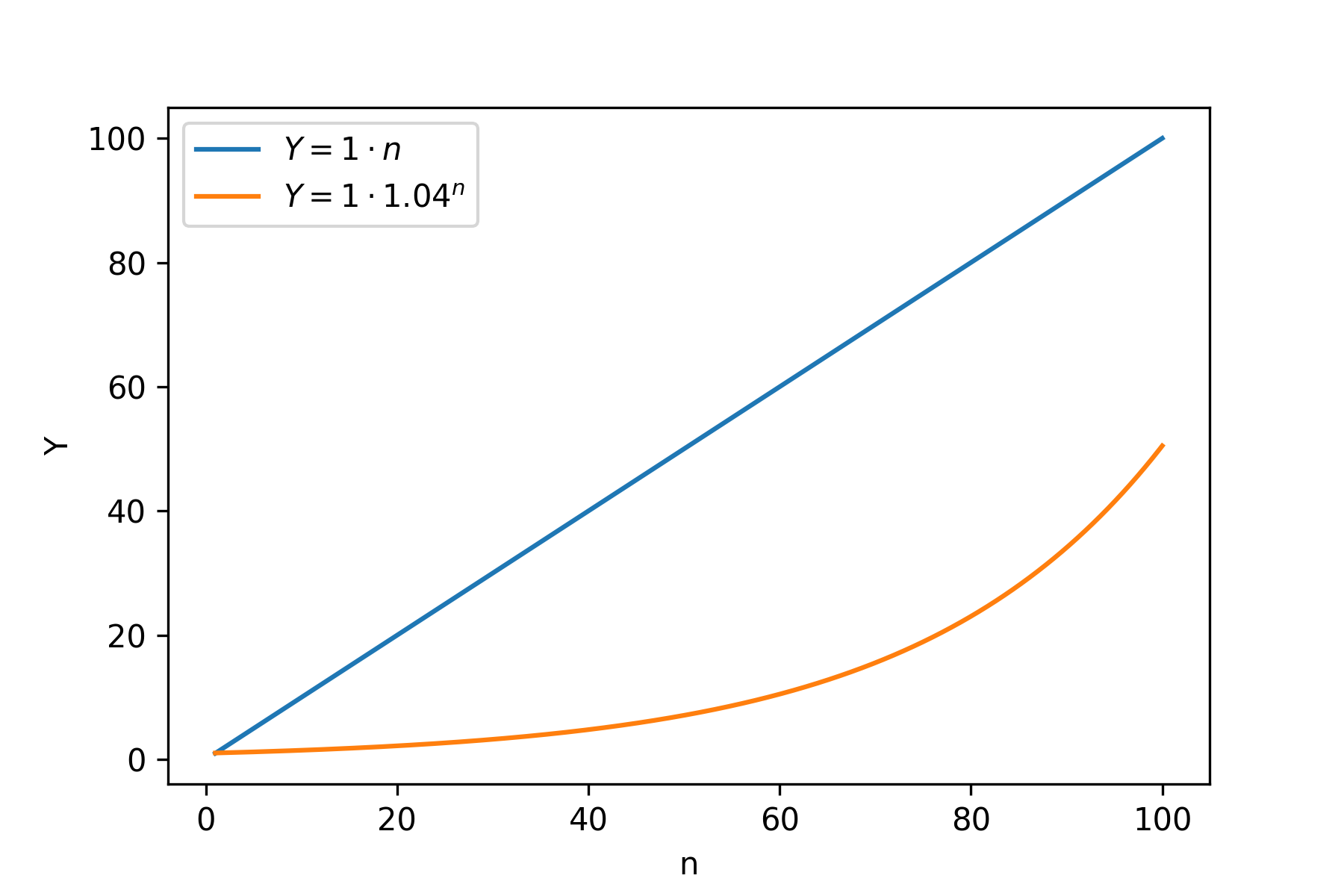 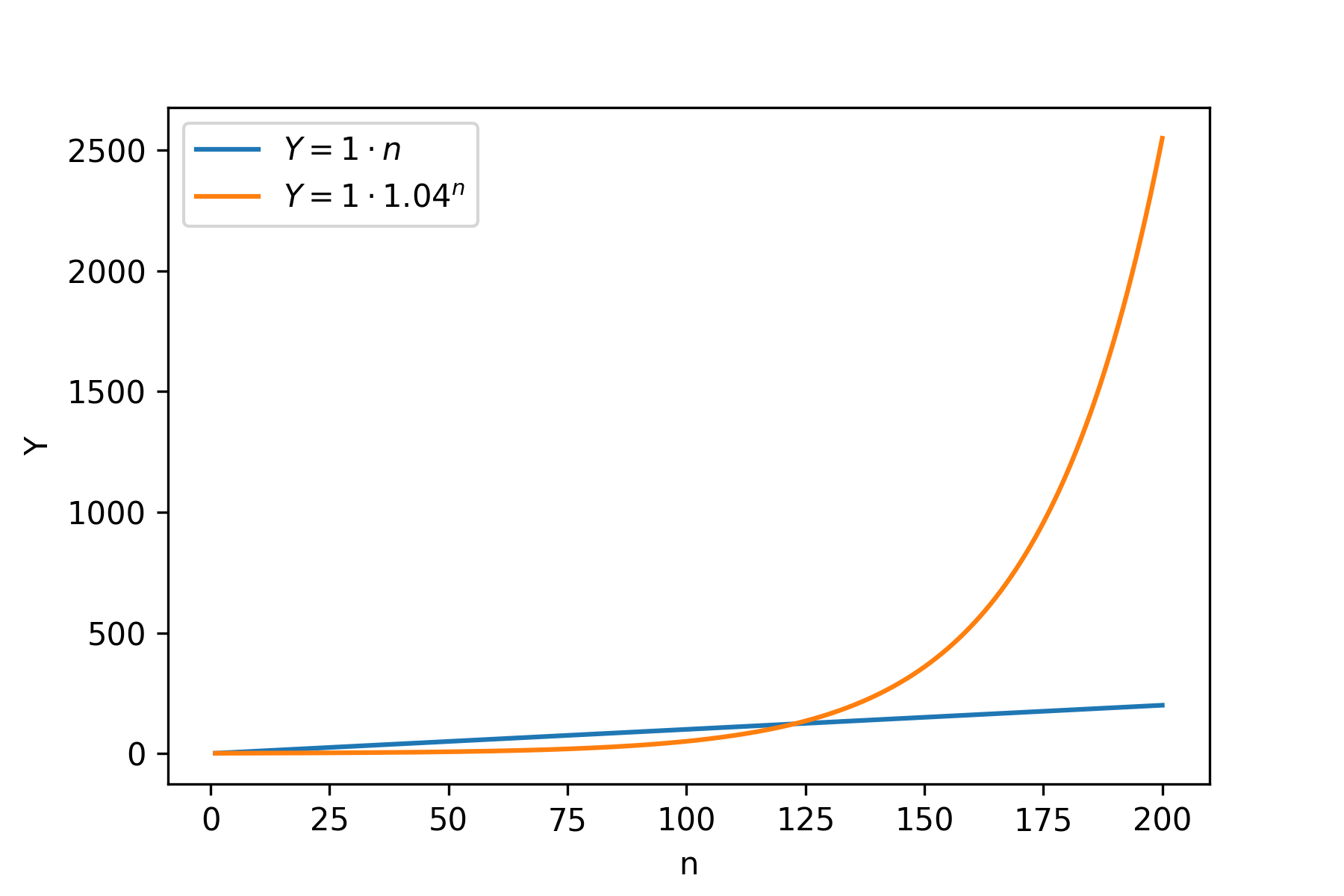 And kaboom! Compounding case just skyrockets. Further to the right, it looks like linear is just flat: 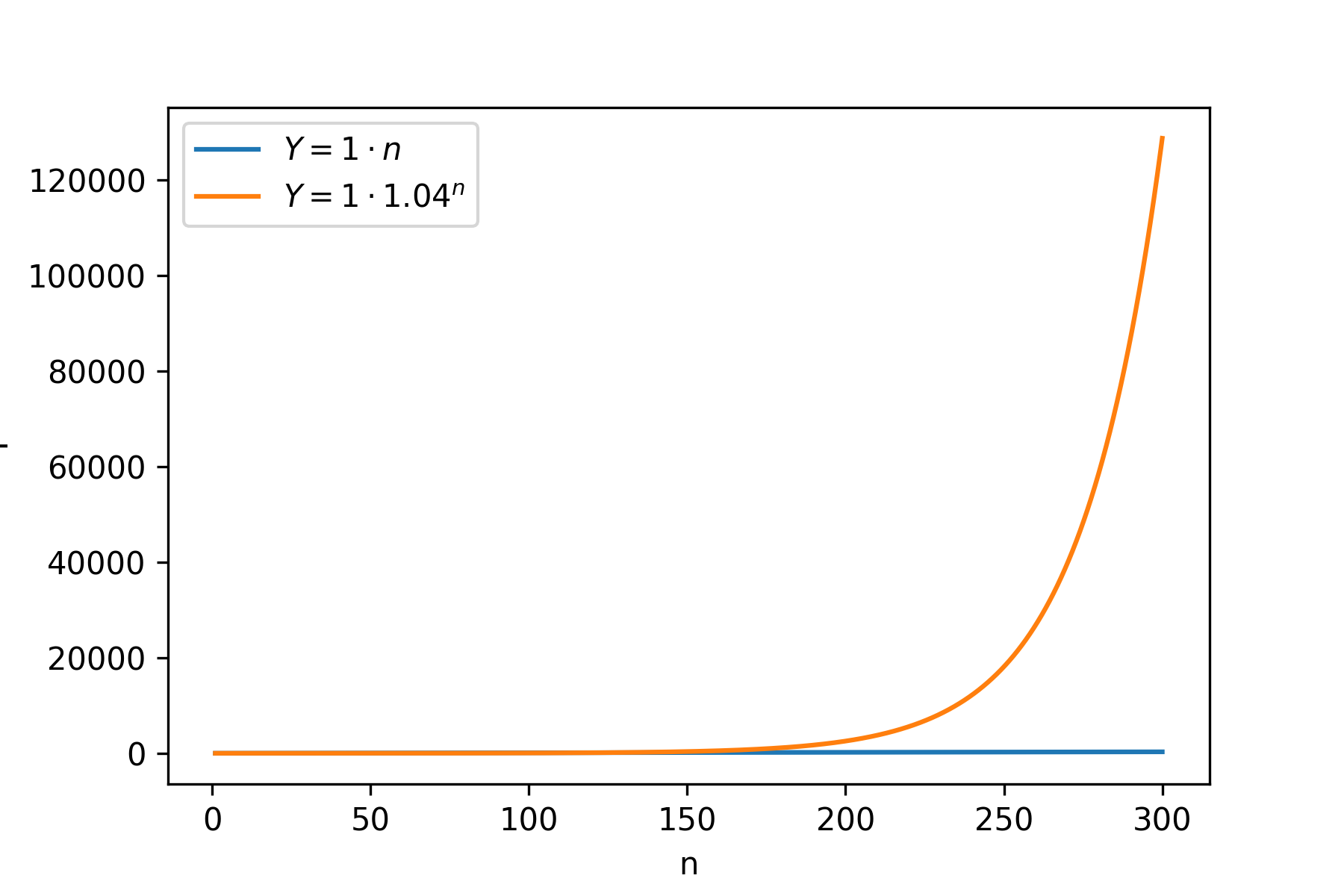 Looking back, the fact that acceleration is not constant feels now obvious. Basically, when one has more money, compounding growth has more effect, because each euro works separately. While in the physics motion equation, the speed is just time multiplied by acceleration.

It is a bit sad that my attempt to define FIRE\(^2\) and SWR\(^2\) didn’t work out, because the real thing is in some sense cooler.

This didn’t workout, because the time goes into power. However, there is a way (logarithm) to move from exponent to linear. Thus, I could theoretically consider logarithm of the monthly income and try to do exactly the same.